Impurities that arise during annealing of copper materials can be better removed by a newly developed pickling process using hydrogen peroxide. In addition, the new process not only avoids environmentally harmful emissions and disposal costs - it also increases productivity and allows the pickling medium to be recycled.

Annealing operations are an integral part of the production process of semi-finished copper products. Despite extensive countermeasures, surface impurities in the form of oxides are formed during these processes. Depending on the alloy composition, these oxides adhere to the surface to varying degrees and must always be removed for further processing. Depending on the type of coating, different cleaning agents are used for this, usually all acid-based. In the past, particularly strongly adhering impurities were removed with a mixture of nitric and sulphuric acid, the so-called mixed acid. The great disadvantage of this process is that it produces environmentally harmful emissions - and high disposal costs are incurred.

An alternative process has been known for some time: pickling with a sulphuric acid enriched with hydrogen peroxide (peroxide pickling). However, its cleaning effect had been significantly less than that of mixed acid. This is a disadvantage which Wieland has been able to overcome by the targeted optimisation of certain operating parameters. Moreover, it is now even possible to achieve a higher surface purity with peroxide pickling than with mixed acid.

The new process offers further advantages; for example, the strip speed could be increased significantly, more than doubling the available processing capacity of the pickling lines. And because peroxide pickling produces no emissions whatsoever, the environment is protected. The latest development - the recycling of peroxide pickling - also serves this goal. If the mixed acid had to be disposed of at the end of its service life, sometimes at considerable expense, the peroxide pickling solution has been processed for reuse in a newly built plant since 2018. With double benefits: On the one hand, the starting solution, aqueous sulfuric acid, is recovered; and on the other hand, pure copper can be extracted from the "old medium". In the Vöhringen works alone, up to 44 tonnes of high-purity copper find its way back to the foundry every year in this way.

The newly developed pickling with hydrogen peroxide thus combines four advantages: it improves surface purity and increases production capacities, it reduces disposal costs and it makes a valuable contribution to protecting the environment and resources. 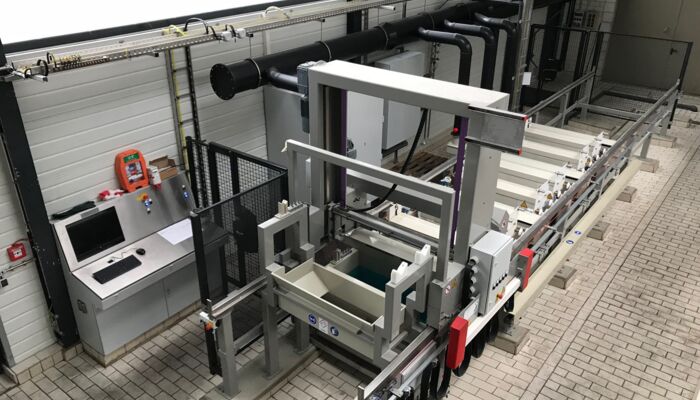 The MA1 treatment plant has been operational since 2018. It not only recycles the used peroxide pickling solution, but also extracts pure copper, which can be re-melted. 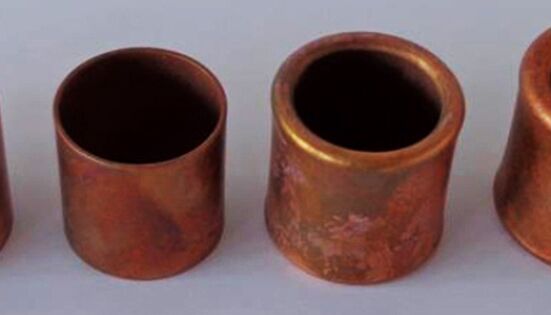 Cathodes are used in the treatment of the pickling solution. These are simple pipe sections of a defined length - also of course from our own production. After an initial material abrasion, pure copper is deposited in them during the process. The various stages in the course of the treatment process can be seen: on the far left is the starting material, on the far right the final state.