Carried around the world by the sun

Wieland is on board for a technological pioneering act

In 2016, two Swiss men performed a pioneering feat: they circumnavigated the world in a solar aeroplane. The solar cells were connected with contacts punched out of Wieland copper strip. Wieland thus made a contribution to a visionary, future-oriented project.

Bertrand Piccard and Andre Borschberg had set themselves an ambitious goal that no one had yet realised: without fuel, the two pioneers wanted to circumnavigate the world in a solar aeroplane. To do this, they first built a prototype with which they wanted to test the project: The HB-SIA works with batteries powered by no fewer than 11,628 solar cells. These are mounted on the wings, which have a wing span of 63.4 metres, which is close to that of an Airbus A340. The solar cells are connected to each other on the wing underside with three silver-plated copper stampings each, which a Swiss company stamped from 0.1 millimetre thin SE-Cu strip from Wieland. Despite its extremely lightweight construction, the prototype weighed around 1.6 tonnes, which is equivalent to the weight of a medium-sized car.

Nevertheless, the solar aeroplane successfully took off for its test flight in July 2012 and completed a 6,000-kilometre round trip at an average of 70 kilometres per hour in eight stages. Immediately afterwards, the solar pioneers set about building the "Solar Impulse" for the round-the-world flight. It received a number of improvements, including a pressurised cabin for flying at high altitude, and at 80 metres has a larger wingspan than an Airbus A380. On board again: stamped parts from Wieland to connect the solar cells.

The journey around the world started on 15 March 2015 in Abu Dhabi. It took 17 stages – via India, Bangladesh, China, Japan, Hawaii, San Francisco, New York, Portugal, Spain and North Africa – until the "Solar Impulse" safely reached the starting point again on 26 July 2016. The fact that more stages and a longer period than planned were necessary was mainly due to the weather and some delays in the granting of overflight rights.

When Bertrand Piccard and Andre Borschberg stepped out of their "Solar Impulse" in Abu Dhabi in July 2016, their pioneering achievement was recognised and honoured around the world. Above all because they sent a strong signal for future possibilities of renewable energy production. Wieland is proud to have made a small but important contribution to this unique and visionary project.

Learn more about
Strip and sheets 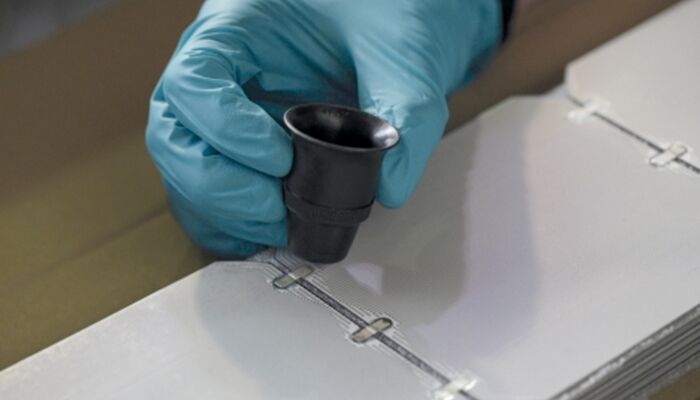 Each of the connecting parts stamped from Wieland strip for the thousands of solar cells was thoroughly tested. 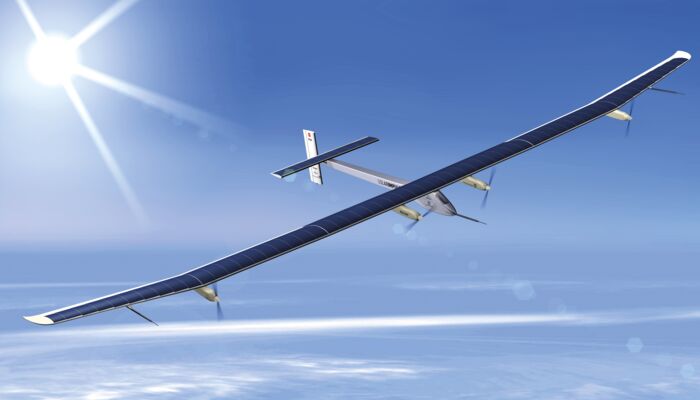 The "Solar Impulse" caused quite a stir during its flight around the world - and could hardly be overlooked due to its impressive size.