Diversity lies in the form

Since the beginning of the 20th century, not only tubes but also rods and profiles in previously unimaginable geometries could be produced by extrusion. They opened up new fields of business for Wieland and contributed significantly to the growth of the company.

Initially, the extrusion process was used for tubes and welding bars, and also for wires and simple profiles, including glazing beads and hinges. Extruded strips made of leaded brass were also produced on the huge presses because they were only suitable for hot rolling to a limited extent.

Thanks to improved alloys and ever more powerful presses, the variety of extruded products increased considerably from the 1930s onwards. Complexly shaped covers and construction elements were in demand, especially in the construction industry. These were often extruded with a flow-optimised, easy-to-handle cross-section and then given their final shape by re-drawing. During this period, Wieland supplied profiles, covers and structural components for numerous construction projects but also for the furniture industry. And last but not least for the company's own headquarters in Ulm, which was equipped with a modern entrance area in 1938. As in other projects, light metal profiles were used here, which have been produced by Wieland since 1934.

Brass tubes and profiles were also in great demand in the private sector – for example for the production of handrails, stair railings, display cases and decorative household items. In this segment, extruded products made of nickel silver, which Wieland had offered since 1928, were particularly popular. At times marketed under the name "Wiesilber", profiles made of this nickel-containing alloy were particularly suitable for high-quality decorative products due to their white-silvery, shiny surface and their good processing properties. For example, in designer furniture or in ambitious interior design – and this long before stainless steels entered this sector.

Even if this business field would soon play a subordinate role due to the Second World War – the foundations for the flourishing of Wieland extrusion products after 1945, especially for aluminium window and door elements, were undoubtedly laid in the 1930s. 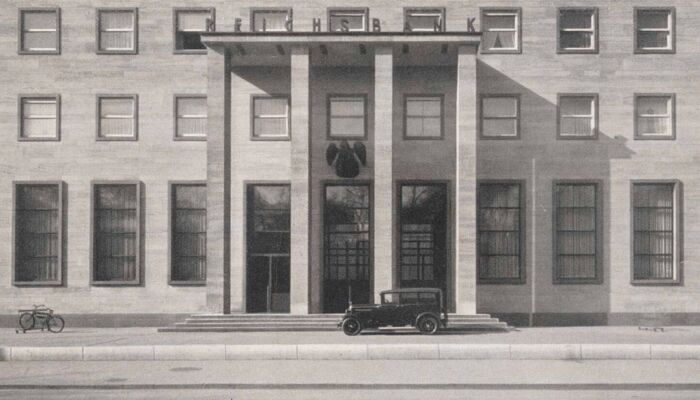 Facade elements and window profiles from Wieland were being used in the construction of the central bank branch in Frankfurt am Main. They were made of delta metal alloys. 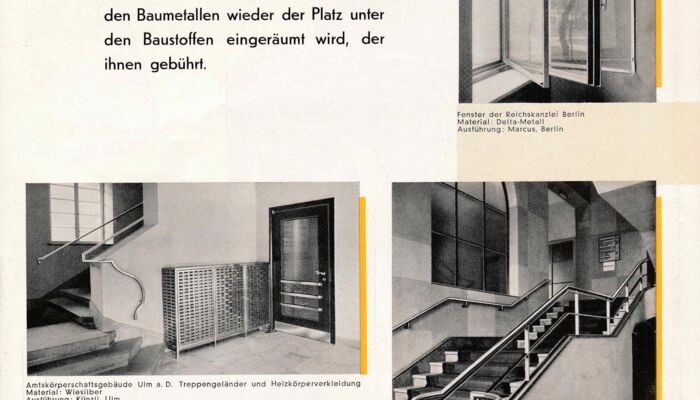 Extruded profiles advertised by Wieland in 1934. Stair railings and radiator covers were as much a part of the stylish products as ceiling lighting, windows and doors. 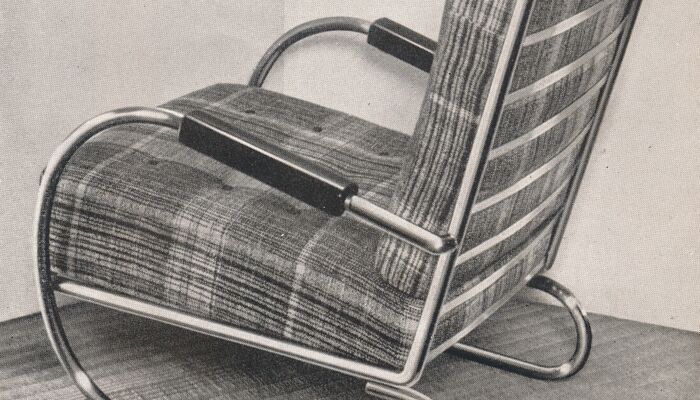 Avant-garde: Furniture made of nickel silver tubes was a novelty in the 1930s, which could only be realized economically thanks to the extrusion process.