"Do you think you can have everything in the world?"

Philipp Jakob Wieland and the arts

The company founder was not only a resourceful metallurgist and visionary entrepreneur. He was also a highly educated man, well-read and interested in art. What's more, he thought philosophically and even wrote poetry - which fortunately has been preserved for posterity.

We know from his travel diaries that Philipp Jakob Wieland enjoyed visiting the theatre and opera as a young man. His extensive library is also documented - one can confidently assume that he not only owned the books, but also read them.

He was also musical, and he liked to play the flute on his travels. It is no wonder that he was interested in art, especially in literature and music throughout all his life. More than that, he recorded many thoughts in three notebooks, which he titled "Collection of some sayings". He probably did not pen many of the aphorisms and wisdoms written down there himself, but only noted them down. But some of them probably stem from him, certainly at least the poems he put down on paper under the heading "My Poetic Experiments".

It is also noteworthy that his first notes date from 1810 - when he was only 17 years old and still an apprentice bell founder. What all his notes have in common is that they express highly ethical values and a strong sense of responsibility: "Nothing is more sacred to you than the fulfilment of a promise, especially when it is given to the needy. The superior man in his own happiness does not forget the misfortune of his brothers," he wrote on the very first page. Or: "As soon as you look for money by other means than work, you are lost."

Aphorisms such as "Knowing your weakness is the highest science" or "The good society is determined by morals" point in the same direction.

In lyrical form Philipp Jakob Wieland put his wisdom of life into words like this:

"Vice, sensuality and fantasy cannot make any man happy.
We are not like cattle, mere bodies that decay.
In our bodies lives a spirit of more noble a creature.
If a mortal man feeds his wicked part alone
And his soul is in want, how can he be happy?
The highest happiness is not where there is desire, lamentation,
Still hungry, gleeful, gnawing at a soul
And a lawful instinct nurtured by nature,
Feeling unsatisfied, and only forced to remain silent."

As far as his business was concerned, he noted his philosophy under "Nro. 62" very early on:
"Each thing has its time, and you have to know how to meet it. " 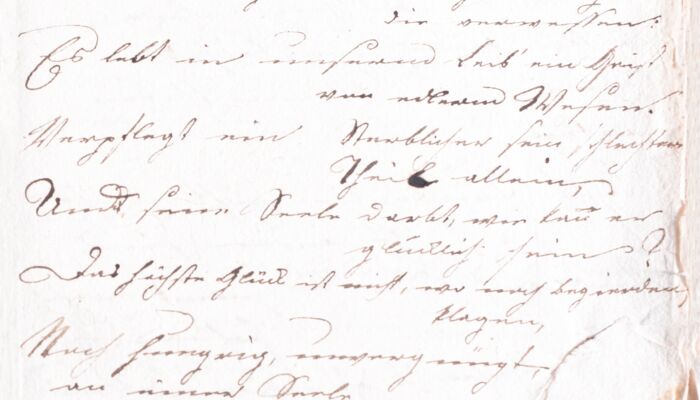 „Laster, Sinnlichkeit und Phantasey….“ "Vice, sensuality and fantasy..." - the poem by Philipp Jakob Wieland in his own handwriting. 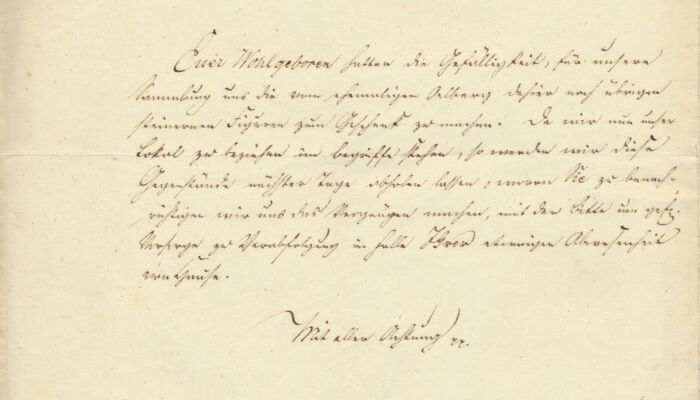 Patron of the arts: In 1846 the "Verein für Kunst und Alterthum" thanked Philipp Jakob Wieland for the "stone figures" he had donated to the association.