Within the working group ‘Wieland-Junioren AG’, apprentices learn how a company "works". Under their own direction and responsibility they offer services and products which are also marketed outside the parent company. They are also networked in a Germany-wide working group.

The aim of an apprenticeship at Wieland is also to provide young people with practical experience of the processes and interrelationships of a company – according to the principle of "learning by doing". For this reason, Wieland founded Wieland-Junioren AG as early as 1983, as a real existing company within the company to which young people can contribute creatively and independently. Industrial clerks in their first year of training are given a practical and useful task: They are responsible for the administration of the company's internal kiosk. Since 1997, technical trainees have also participated in the junior company – with the manufacture of their own products such as bottle openers, pencil holders, pocket knives, jewellery or hourglasses.

An important further step was the reorganisation of Wieland-Junioren AG in 2002, incorporating a divisional organisation and a supervisory board. Since then, the junior company has been continuously expanded and optimised and in-house production has increasingly become the main focus. The processing of operating orders is gaining in importance, for example the production of signs or the execution of minor repair work in the operating infrastructure. In the meantime, tool holders and label dispensers, manufactured in innovative 3D printing, have also become part of the production programme. For this purpose, the Wieland juniors have had their own production workshop since 2013. The Wieland juniors also built a safety course. Due to the continuous increase in orders and the resulting rising workload, the juniors have long been set up as a separate training department. Between six and eight commercial and technical trainees and meanwhile also dual students are permanently assigned to Wieland-Junioren AG for a certain period of time.

The company within the company is a member of the "Arbeitsgemeinschaft der Juniorenfirmen Deutschland e. V.", networks with other junior companies in the country within this framework and regularly takes part in events. A highlight in 2014 was the junior company fair in Ulm, which was organised and hosted by the Wieland juniors.

Their work took on a new dimension in 2016, when the retail sale of self-produced advertising material was launched in professional association with the Marketing & Communication department. The Wieland juniors moved even closer to entrepreneurial reality in 2019 with the integration of the ordering process into the online shop of an external advertising material supplier. 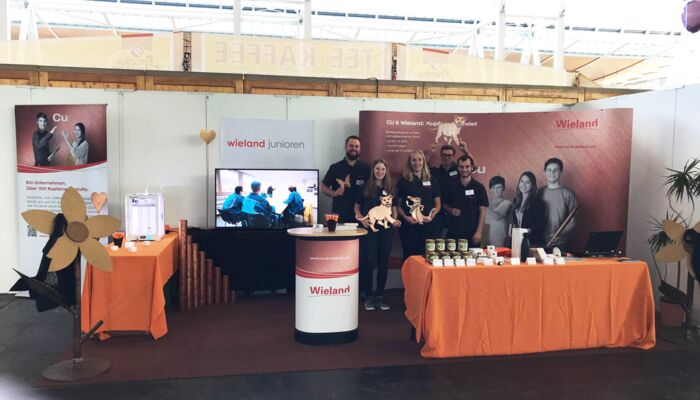 As professional as the "big ones": Wieland juniors presented their product range at a "fair within the fair" at the INFA in Hanover in 2018. 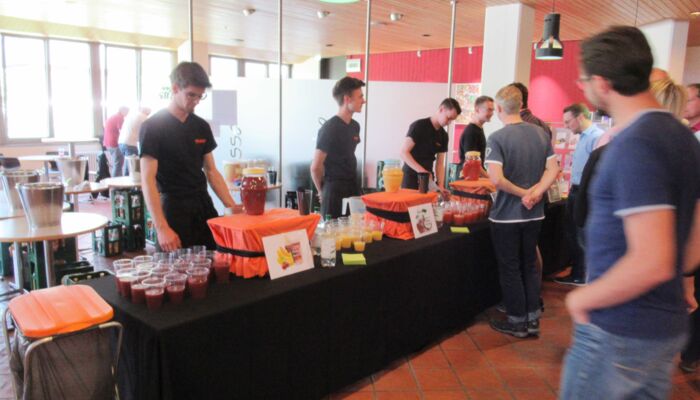 Healthy and non-alcoholic: In Ulm and Vöhringen, the Wieland juniors organise an annual cocktail event in cooperation with the Wieland health insurance fund.