Engagement for an outstanding building

Wieland and the Ulm Cathedral have a long history

Ulm’s cathedral is a church of superlatives: at more than 161 metres high, it not only has the highest church tower in the world, but at 123 metres long and 48 metres wide, it is also the world's largest Protestant church – and one of the largest Gothic buildings in southern Germany. The "Münster Unserer Lieben Frau in Ulm" is the city's landmark and a recognized cultural heritage site.

The ambitious construction began in 1377, involved longer interruptions, and was not completed until 1890, when the enormous main tower on the west façade was also finished. This effort was made possible, amongst other things, by donations from wealthy citizens of Ulm. Mathilde Wieland, for example, donated a window for the cathedral on the occasion of its completion in 1890 - probably without suspecting that she was thereby establishing a long tradition of Wieland's connection with the Ulm cathedral.

In 1925, the foundations under the main tower, which weighed over 50,000 tons, gave way, and many of the supporting struts were also dilapidated. Because the Protestant parish, owner of the building since 1894, could never have been able to cover these costs, the citizens of Ulm founded the "Münsterbauverein" with the aim of raising funds for the preservation of the building. The association is steered by a committee, which includes the prelate, the dean, the mayor and representatives of the citizens of Ulm - and the Chairman. Karl Eychmüller, at that time already a member of the board at Wieland, held this office since its foundation. For almost half a century he was the head of the association, and his term of office also included the extensive renovations and repairs after the Second World War.

In 1973, his son Wolfgang Eychmüller followed in his father's footsteps as Chairman of the Münsterbauverein - whom he had already succeeded the year before as Chairman of Wieland. For 40 years he was at the helm of the association; and his funeral service was held in Ulm Cathedral.

After his death, the close connection to Wieland has remained, and former and current managers are still involved in the association today. Of course, Wieland-Werke AG regularly makes donations to the Münsterbauverein, for example for the renovation of the world's highest church tower, which is currently underway and is scheduled to last for years. 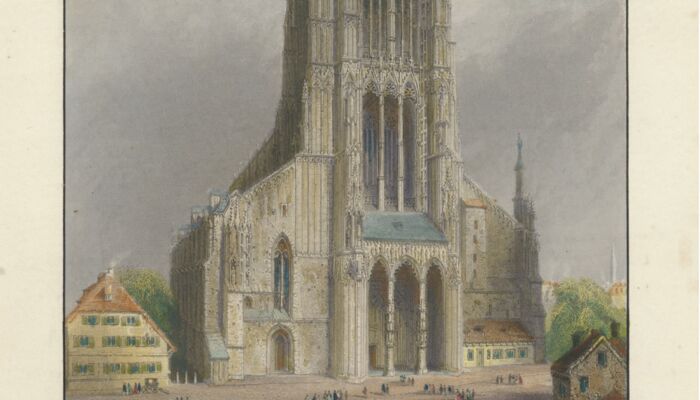 In 1843, during the lifetime of Philipp Jakob Wieland, the Ulm Minster was still under construction. Not least the commitment of wealthy citizens made the completion over the following decades possible. 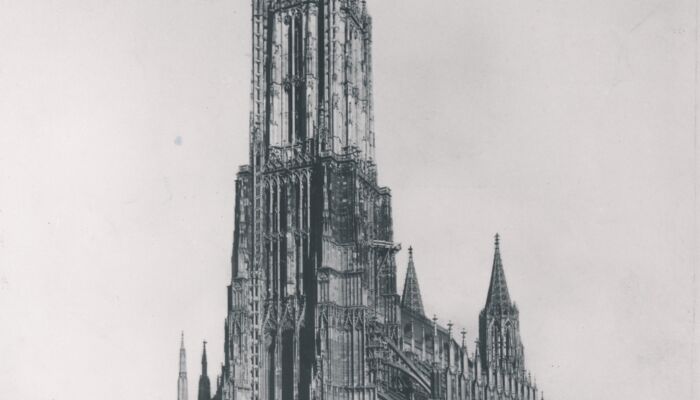 Completion: In 1890, the church tower, which is over 161 metres high, was completed. Mathilde Wieland donated a church window which, like most others, was destroyed in a bombing raid in 1944.