Philipp Jakob Wieland needed new customers for his complex brass sheet production. He therefore started early on with good marketing, which presented the advantages of his products in a high-quality manner and was one of the reasons for his success.

The time-consuming and cost-intensive expansion of his business to the production of brass sheet and strip from 1832 onwards meant that Philipp Jakob Wieland also had to expand his customer base. There was not enough demand in Ulm and the surrounding area for the young industrialist's steadily growing range of products. As a well-travelled man, however, he knew where further sales opportunities could be found. And therefore he sent so-called "travellers" to Bavaria and the Black Forest – the watch industry located there was one of the first customers for his semi-finished brass products. The sales representatives were well paid; for one day of travel they received about three times as much as for one day in the office.

In addition, Wieland recognised the potential of the trade fairs and exhibitions which were taking place more and more frequently at that time. In 1830 he exhibited for the first time at the Stuttgart Trade and Industrial Exhibition, where he was awarded a medal in 1832. The same honour was bestowed on him 12 years later when his chains formed from brass stampings were awarded a prize in faraway Berlin.

The founder was also aware of the importance of systematic, professional advertising. The first, still handwritten price list, dated 1834, listed various brass sheets together with possible applications, all neatly in a table. About ten years later a richly and colourfully illustrated price list was published, which could be described as a high-quality catalogue, both because of its scope and in view of the very elaborate design at the time. The same applied to the numerous price lists and brochures that Wieland repeatedly published in the following decades. Most of them were printed in large format, some in colour, detailed and lovingly produced lithographs gave them a thoroughly promotional character.

Trade fairs also became increasingly important. The Swabian Industrial Exhibition in Ulm in 1871, in which Philipp Jakob Wieland played a major role, and a large exhibition in Nuremberg in 1896 are worth mentioning. Wieland not only convinced the visitors with a wide product portfolio but also with creative, attractive presentations which certainly conveyed the claim of a premium manufacturer. A principle which has not changed until today. 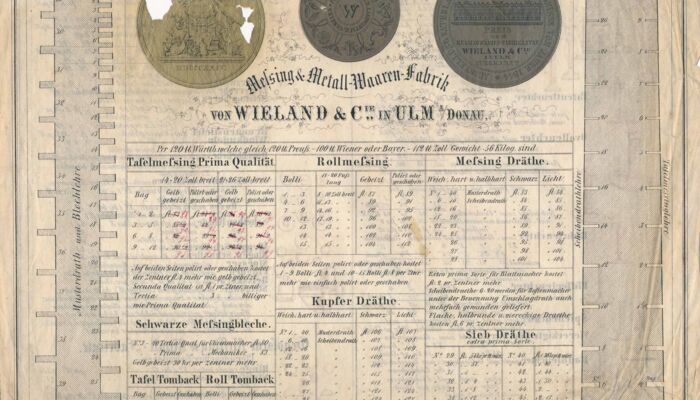 Marketing at its best: The four-page price list shows at the very top the medals that Philipp Jakob Wieland received for his products made of brass sheet. 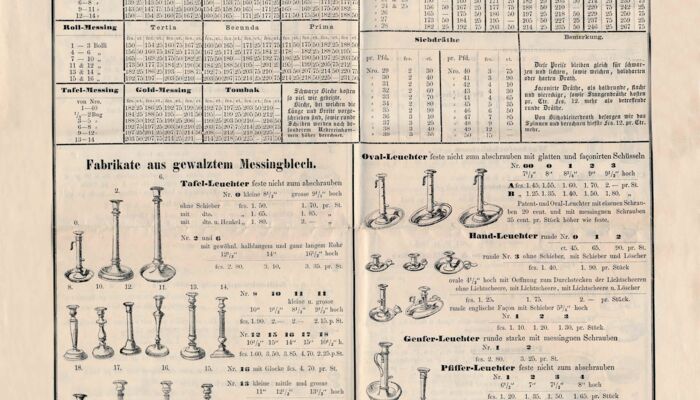 The 1866 price list shows an impressive variety of products. "Products made of rolled brass sheet" filled the first two pages – an indication of their importance. 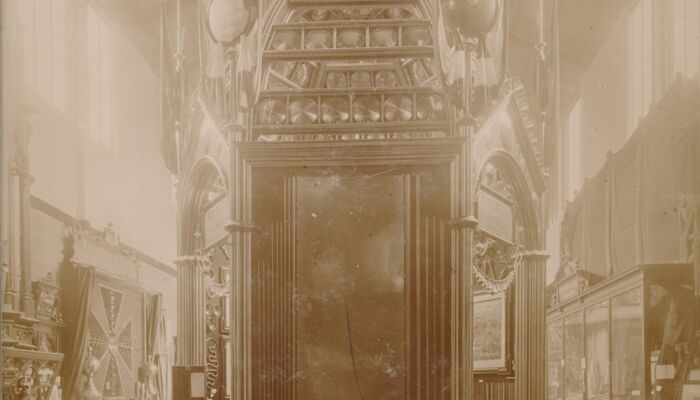 3,300 exhibitors presented their products at the 2nd Bavarian State Trade, Industry and Art Exhibition in 1896. Wieland was present with an impressive "pavilion".