From ink pen to mouse

CAD systems were used at Wieland for the first time in 1982. They quickly replaced the drawing board and ink pencil in the design departments. Today, it is impossible to imagine life without them. They are already being used for robot programming and open up completely new possibilities with Virtual Reality (VR).

From the foundation of the company, the construction of bells, drawing dies and tools followed the same pattern for centuries: technicians and engineers produced detailed drawings by hand – a principle that required a great deal of imagination and was extremely complex. This did not change when the drawing board moved into the design offices in the 20th century and the demands on the technical drawings became more and more demanding. Drafts were first made with pencil and then traced with ink, and different cross sections had to be made for each construction part. The problem: if changes were then necessary again, the whole work started all over again. And whether the construction really worked as planned only became apparent in practical use.

It was an American start-up that broke completely new ground for the first time at the beginning of the 1960s and developed control systems for processing machines using punched cards. A decade later, this led to the first attempts to integrate simple drawing functions into the program – the idea of Computer Aided Design (CAD) was born. However, the IT technology was still in its infancy and extremely expensive. It was not until 1981 that a CAD/CAM (Computer Aided Manufacturing) software was available that cost less than 100,000 US dollars.

Nevertheless, Wieland recognized the signs of the times early on and installed the first CAD system in 1982. The company thus ensured a variability and speed in the design processes that was previously impossible. Today Wieland uses a large number of CAD and CAM licences of the SIEMENS NX system – in plain bearing production as well as in the programming of milling, eroding and turning machines, in the modelling of heat exchangers, in the design of drawing dies and in plant engineering. Due to the consistency of the system, errors caused by media breaks are avoided.

And the future will bring further opportunities. Robots are already being programmed, for example to sharpen profiles. In the future, 3D simulations will be used for virtual reality (VR) applications. Machine tools, but also entire production lines, can then be virtually "put into operation" in the design offices, but also in sales and marketing, even before they are actually realized. 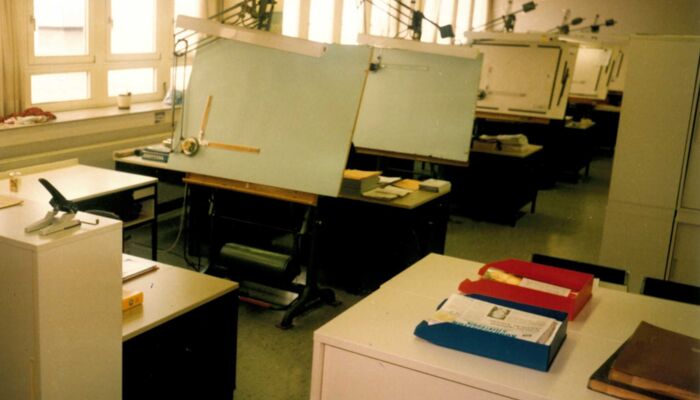 Long in the past: Large drawing boards shaped the design offices for decades, "technical draftsman" was a demanding profession for people with a steady hand. 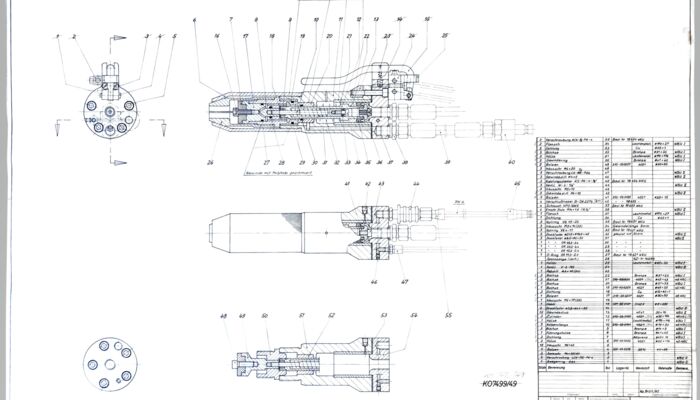 Impressive example: The handmade drawing for a pressure testing device from 1976 shows how laborious construction was in the analogue era. 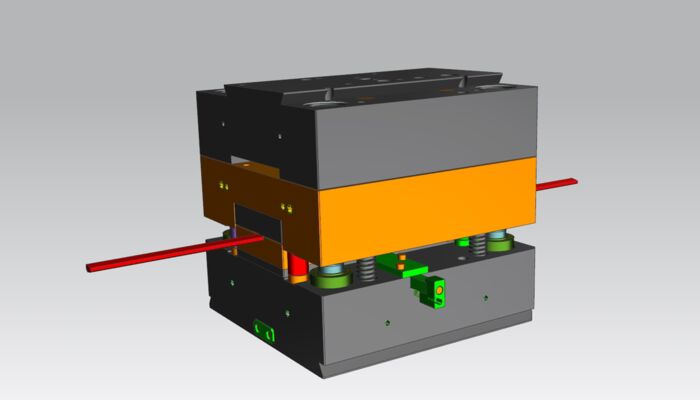 A CAD application from the Engineered Products business unit: the punching tool is used to create copper rods.