For a long time, deserving employees received valuable watches or jewellery for their loyalty to Wieland. An appreciation which was of enormous value for this generation. The emotional attachment to the gift far outweighed the material value.

When Wieland started giving pocket watches to employees on their work anniversaries is no longer possible to say. Nor is it clear who benefited from the valuable chronometers. What is certain, however, is that the gifts were usually presented on the occasion of 25 years of service, as the engraved dedications indicate.

The original price of the watches can no longer be determined today, but even the layman can see at first glance that these finely crafted pocket watches are by no means cheap mass-produced goods. Many of the watches come from the small but excellent watch manufacturer F. Miller & Sohn in Ulm. Founded in 1879, the family business specialized in the production and distribution of silver and gold goods, jewellery, watches and so-called antiquities until 1988. They also offered high-quality watches from the renowned manufacturer A. Lange & Söhne from the Saxon town of Glashütte.

Later, as more and more women worked at Wieland, the anniversary gifts were presented in the form of a voucher for Ulm jewellers, which men redeemed for a wristwatch and ladies for a piece of jewellery of their choice.

As the company grew, the fine tradition of watch and jewellery gifts eventually reached its limits, and so did the Christmas gifts in the form of wine and chocolates. On the one hand, these gifts no longer held the material and immaterial value they had in the pre-war period or in times of the economic miracle, on the other hand they involved a logistical effort almost as high as the value of the gifts.
All the more reason why many "Wieland families" still cherish the beautiful pocket watches that their father or grandfather once received on the occasion of their 25th anniversary.

The dedication shows that Gottfried Bathray was awarded this pocket watch from the house of F. Miller & Sohn for his 25 years of service to the company on 8 February 1929. 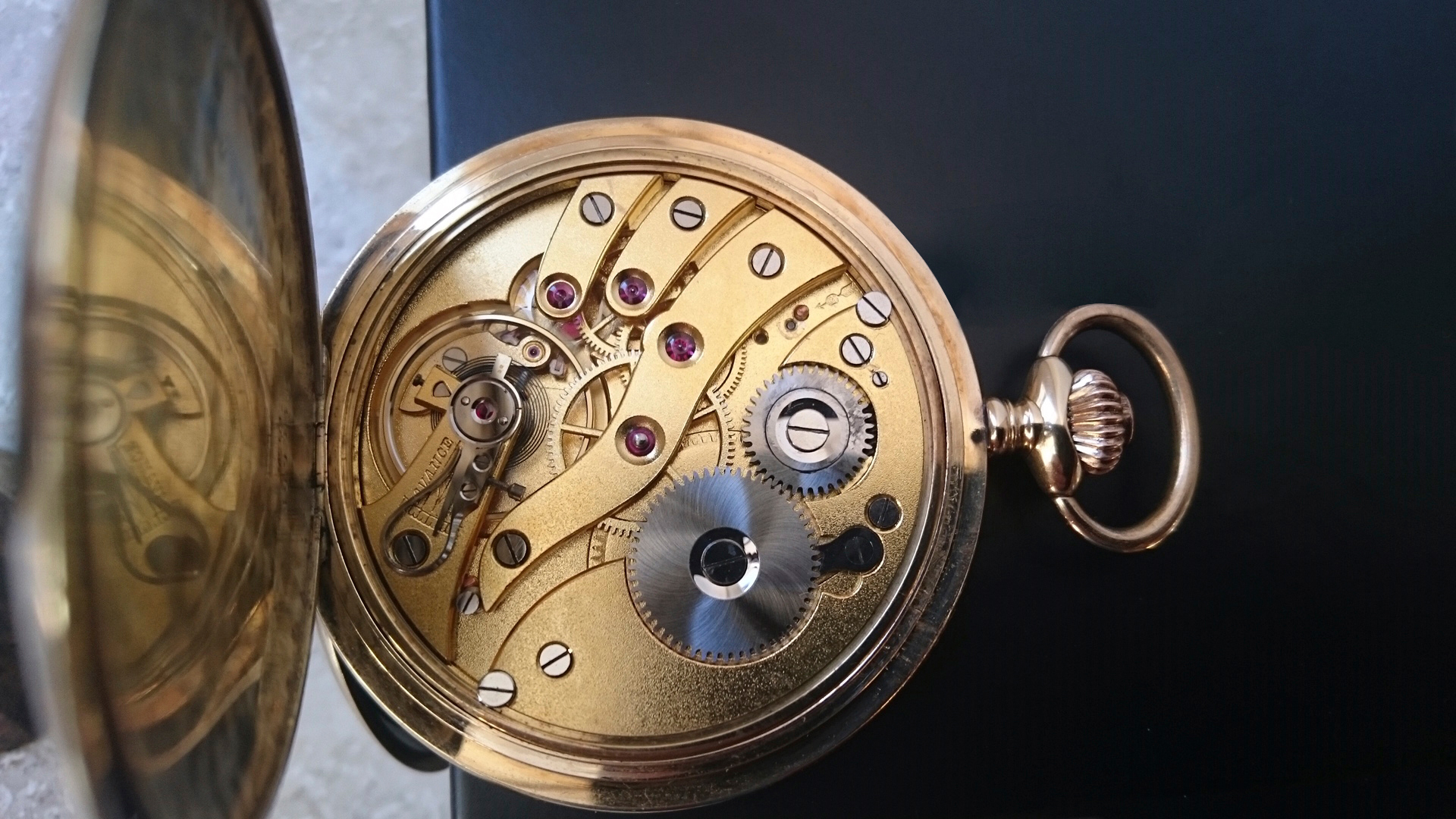 The hinged back of the watch provides a view of a fascinating example of outstanding precision craftsmanship. The almost 100-year-old watch is still working today.