Already the founder Philipp Jakob Wieland presented his products to customers at large exhibitions. Since 1950 Wieland has been pursuing a systematic trade fair strategy. Since then, not only the product range has grown considerably, but also the size and the charisma of the exhibition stands as brand ambassadors.

Exhibiting at trade fairs has a long tradition at Wieland. The company was represented at the Leipzig Trade Fair as early as 1844, at the World Exhibition in Paris in 1867 and at a major industrial show in Ulm in 1871. In the first half of the 20th century Wieland also exhibited again and again – for example at the 1935 motor show. It was during the early stages of the economic miracle era, however, that trade fairs became a systematic and regularly used marketing instrument. The first – at least documented – Wieland exhibition stand after the war was in Nuremberg in 1950. All products of that time were presented at the stand. In the following decade, Wieland mainly showed its WICONA aluminium profiles at trade fairs throughout Germany.

From 1963 onwards, further customer groups were regularly addressed at the International Trade Fair for Sanitation and Heating (ISH) in Frankfurt. Ribbed tubes, heat exchangers, finned tubes made of copper and aluminium for baseboard heating systems as well as bare copper tubes and WICU tubes were shown on the manageable exhibition stand. Wieland still exhibits at the ISH which takes place every two years - now with a stand which has grown considerably to > 200 square metres. In addition, Wieland presents copper tubes for sanitary engineering at numerous other trade fairs in Germany, but also at large trade exhibitions in France, Poland, Hungary, the Czech Republic and Russia. Furthermore, in a win-win situation, many Wieland customers are supported in the implementation of their in-house exhibitions.

Since 1999, we have been working with a modular exhibition stand, which has been continuously developed further since then. It can be flexibly designed to express Wieland's high quality and innovation standards in style. For the Wieland Group’s entire product range, trade fairs have proved to be important contact points for networking, consulting or presenting innovations. Whether it’s strips, finned tubes, wires, rods, components such as slide bearings and rotors for e-mobility or thermotechnical solutions, Wieland is present for its customers at international trade fairs.

Even in digital times, trade fairs are an indispensable part of professional business life. The personal contact, and the possibility to be brought compactly up to date in a short time, are equally important for customers, prospective customers and suppliers. 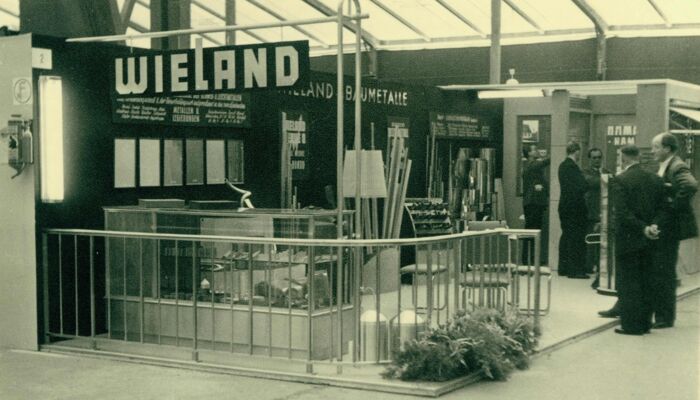 New beginning: In 1950 Wieland exhibited at a trade fair in Nuremberg for the first time after the Second World War. 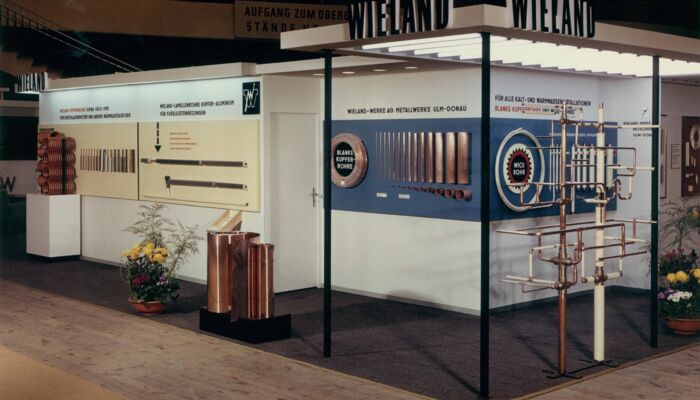 The Wieland stand at the ISH 1963 building services fair in Frankfurt already comprised 50 square metres of space, two meeting cabins and a kitchenette. 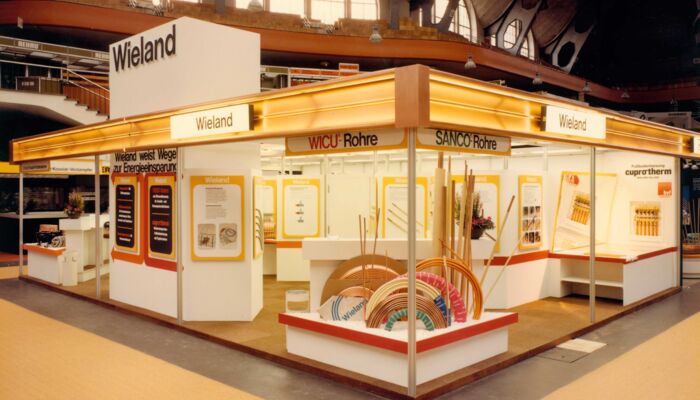 Always a reflection of the spirit of the times: Wieland presented products for sanitary engineering in Frankfurt in 1983. 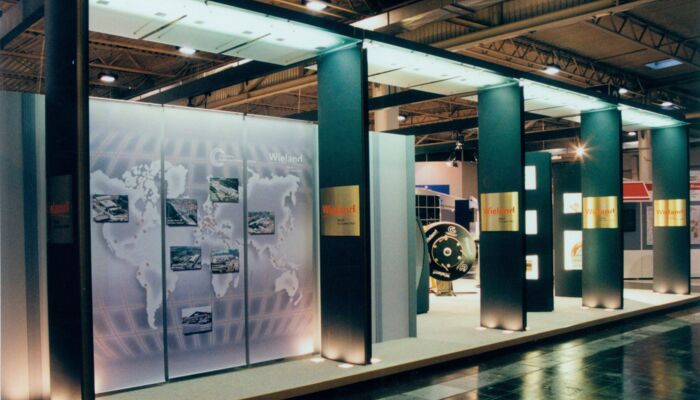 Successful premiere: At the International Trade Fair for Refrigeration and Air Conditioning Technology (SHK) in Essen in 1999, Wieland used a completely redesigned exhibition stand for the first time.