Idealism and sense of responsibility

The Wieland plant fire brigade has a long history

The Wieland plant fire brigade was founded in Vöhringen as early as 1898. Always well-equipped in terms of material and personnel, it later became an "officially recognised company fire brigade" which – upon request – also provided valuable services outside the works. Meanwhile, the fire brigade performs a wide range of tasks in preventive and defensive fire protection.

Over time, Wieland's fire brigade became at least as important for the town as it was for the plant. As early as 1912, it went out to a sawmill fire in Senden with 53 men, while it was not until 1923 that it completed its first major deployment at the plant with 120 firefighters when a gas generator caught fire.

The formal integration into the municipal fire-fighting system took place in 1936. By decree of the Illertissen district office, the Wieland factory fire brigade became a public fire brigade, with the same rights and duties as the local fire brigade. However, this was also accompanied by the integration into the air-raid protection system which the NS regime was building up at that time. In 1941, the plant fire brigade was placed under state supervision. Joint exercises with the Wehrmacht for the armed guarding of bridges and roads were now part of the compulsory programme - as were several operations following air raids on Ulm.

Reduced to 45 men after 1945, the Voehringen plant fire brigade has since then devoted itself increasingly to preventive fire protection. This includes fire inspections, advice and training as well as regular inspection and maintenance of portable fire extinguishers and permanently installed fire protection equipment. Equipped with an in-house fire alarm centre, detailed alarm plans and state-of-the-art equipment, the plant fire brigade can intervene quickly and specifically in an emergency – both on and off the plant premises.

Regular exercises, also together with the volunteer fire brigades of the neighbouring communities, continuous further training, inspections by the authorities, ensure that the Wieland fire brigade is well prepared for all eventualities. This also applies to their accommodation: For the first time in 2021, the plant fire brigade will move into its own ultra-modern building. The new fire station will not only comply with the latest standards and accident prevention regulations but will soon also accommodate two new fire engines. 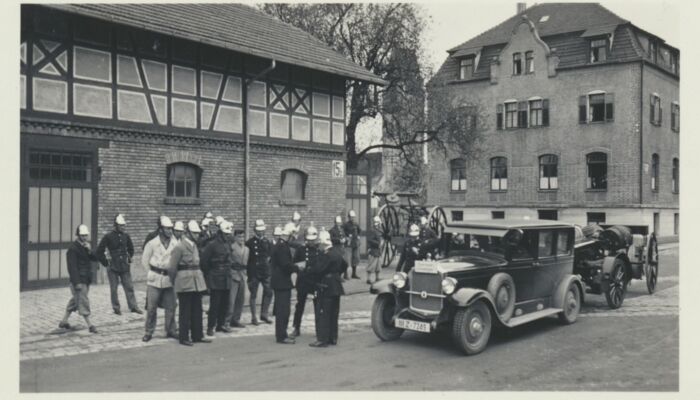 The Vöhringen plant fire brigade in 1925. The helmets were still designed in the Wilhelminian style; the fire extinguisher still had to be pulled by motor vehicles. 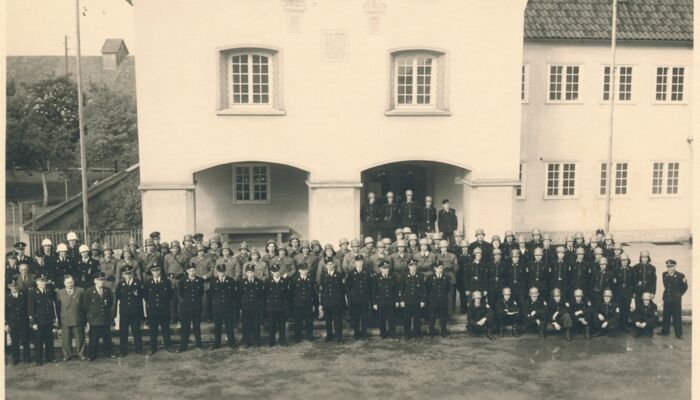 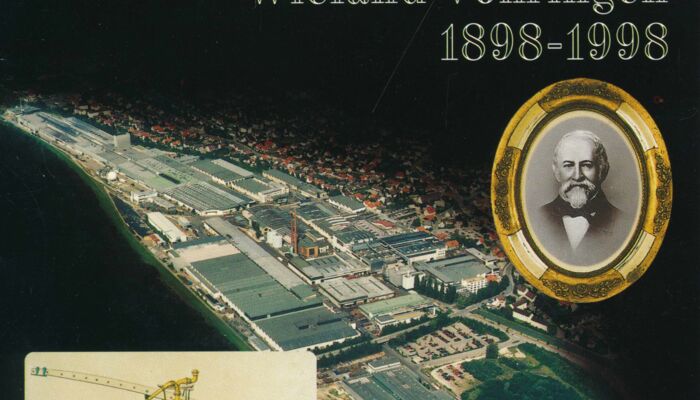 A 48-page commemorative brochure was published in 1998 to mark the 100th anniversary. The plant fire brigade was particularly pleased to receive a new LF 16/12 City fire engine. 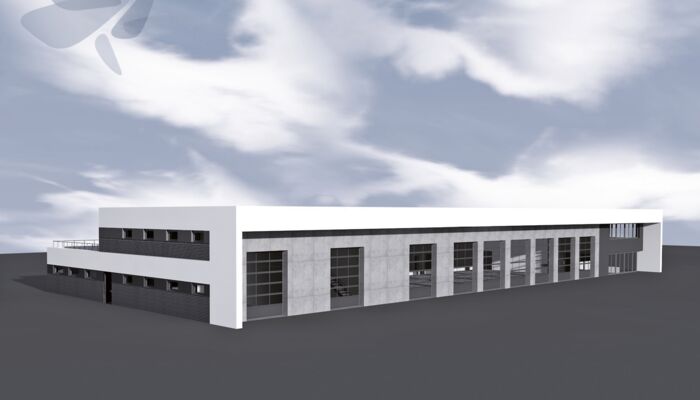 The new fire station will be equipped with all necessary facilities such as offices, training room, changing rooms and workshops.