High-performance finned tubes at the largest producer of LNG

Liquefied Natural Gas (LNG) is becoming increasingly important as a relatively environmentally friendly fossil energy source. The world's largest producer of LNG is Qatargas in Qatar. The gigantic heat exchangers of the plants there work with high-performance finned tubes from Wieland.

Natural gas has many advantages as an energy source: When burned, it produces fewer climate-damaging emissions than other fossil fuels such as coal or petroleum products; it is easier to extract than crude oil and does not require such costly refining. However, it cannot be stored well because of its lower energy density, which is why it is usually transported to its destination via pipelines – if this is possible.

Geographically and geopolitically this is, for example, not possible for the Emirate of Qatar on the Persian Gulf. The Qatargas company, founded in 1984, therefore relies on a different solution: liquefying natural gas to LNG (Liquefied Natural Gas) by cooling it down for transport on special tankers. A nice side effect is that LNG can also be used to operate cars in an environmentally friendly and efficient way.

The first gas liquefaction plant Qatargas 1 went into operation in 1996, others followed between 2000 and 2005, including GEWA-PB high-performance finned tubes used in shell-and-tube heat exchangers. Finned on the inside and outside, the carbon steel tubes can transfer a maximum amount of heat per metre of tube length. The plants can therefore be designed more compactly and with lower material and assembly costs than with plain tubes.

Nevertheless, the dimensions at Qatargas are gigantic: 4,500 high-performance finned tubes are combined into a tube bundle with a diameter of 1.5 metres and installed in heat exchangers that are 3.6 metres high and an impressive 12 metres long. Many of these heat exchangers were installed between 2002 and 2005 on the largest LNG plants in Qatar to date. During this period Wieland supplied no less than 3,000 kilometres of GEWA-PB high-performance finned tubes! Due to their lower energy consumption combined with high capacity, these also lead to reduced CO2 emissions during operation of the plants.

Qatargas is one of the largest LNG producers in the world with an annual capacity of around 77 million tonnes of liquid natural gas. In order to transport the product to customer countries, the company’s own ships are used. They can take on the gas which is cooled to minus 163° Celsius from 14 terminals off the coast.

By the way: GEWA high-performance finned tubes from Wieland are also used on the world's largest floating platform for the production of LNG. 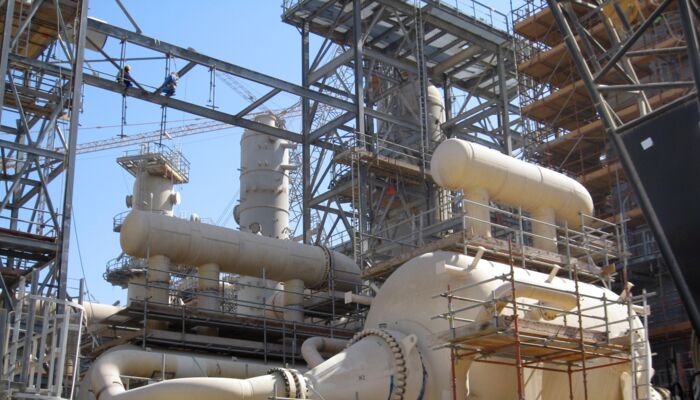 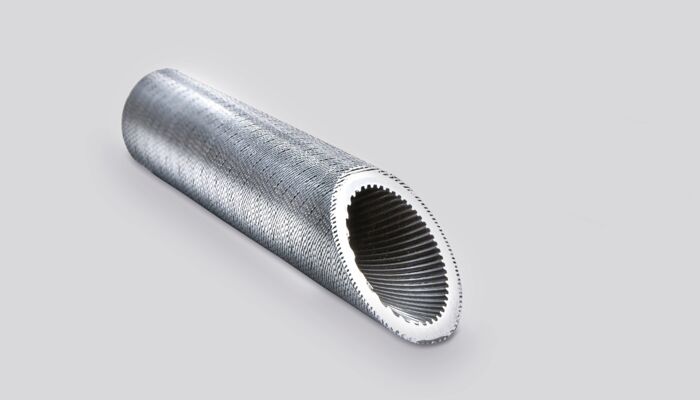 The outer and inner surfaces of Wieland GEWA condenser tubes are matched to the specific requirements of the respective application – thus saving material and energy.