Impressive testimonies of a restless and inquisitive mind

From 1817 to 1820 Philipp Jakob Wieland went travelling. This allowed him to get to know various aspects of his profession but also to explore his cosmopolitanism and to broaden his cultural horizon. His detailed diaries also tell a lot about the man P. J. Wieland.

When Philipp Jakob Wieland left his hometown for Augsburg on 24 September 1817, he was already aged 24. He lost no time and during the next three years stopped in 48 locations. His journey took him to Venice, Vienna, Budapest, Prague, Wroclaw, Berlin and Hamburg; on his way back he visited Amsterdam, Aachen, Weimar and Nuremberg, among other places.

He became very familiar with his profession in numerous facets – not always to his satisfaction. For example, he described his master in Munich as "merely an idle man" who treated his workers "just like cattle". We owe these and many other notes to his extensive travel diary, which has survived to this day. This allows us a look far beyond the professional to the man Philipp Jakob Wieland, his views, his interests, his appearance and last but not least his humour. For example, the host family in Passau gave him "quite a lot of pleasure" - because he met a girl in the master's bride who "offered everything to make my stay quite pleasant". He would have liked to stay longer, "if it hadn't been for my honor." He was also tempted near Brno, where the grace of a landlady "completely flustered“ him. The wine that he drank "somewhat quickly because of the heat" loosened his tongue, the conversation with the beautiful lady "went splendidly". But then he had to make sure to leave with his honors intact.

In Augsburg, plagued by insomnia, he played the song "Freut Euch des Lebens" on his flute late at night. This woke and angered his comrades and provoked the discontent of the master. The latter let him, as a punishment, abrade a bell outside during snowfall for a whole day. In contrast to this, the wanderer repeatedly reported about stimulating encounters with professors and doctors, including philosophers and chemists.

And Wieland often enjoyed going to the theatre or the opera, his standards were high. For example, the Magic Flute’s performance in Berlin was "not to my satisfaction, the direction was very spiritless". When he returned to Ulm on 10 August 1820, he was well prepared for his brilliant professional future - as a bell founder - but also as a person with a broad view beyond the horizon. 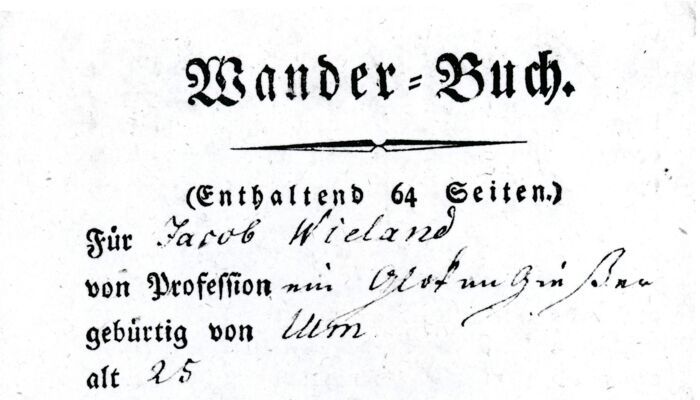 We gather from his ”Official Travel Book“ that P. J . Wieland was of ”great stature“, had a ”big nose“ and ”full cheeks“, brown eyes and hair, as well as ”good teeth“ and ”straight legs“. 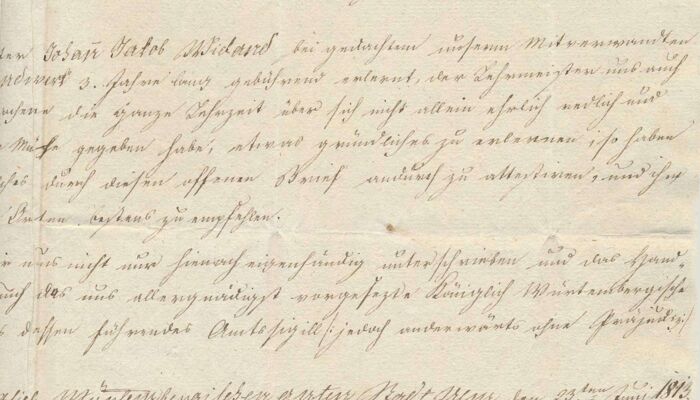 An indispensable condition for his travels: His teacher Thomas Frauenlob attested Philipp Jakob Wieland the successful completion of his bell founder apprenticeship in 1813. 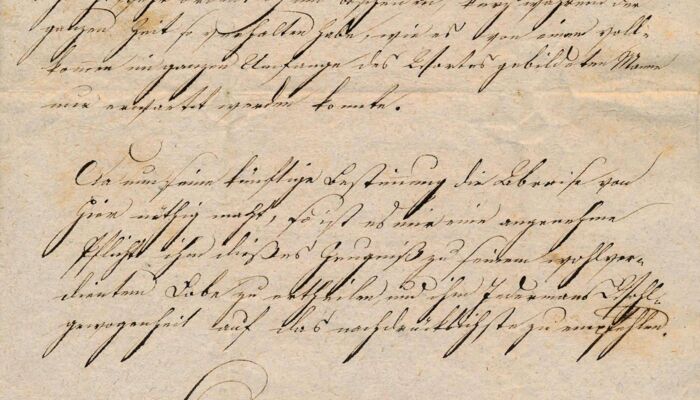 Testimony of Master Gugg in Salzburg. Wieland loves the ”most incomparable prospects“, and the ”extremely friendly treatment of Mr. Gugg made my departure even more unbearable“. 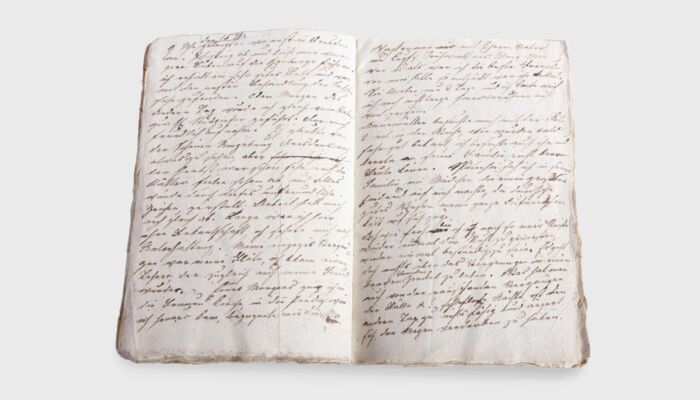 In 1995 Wieland archivist Klaus Eickhoff painstakingly translated the three booklets from the pen of the company founder into modern German and published them in a book worth reading.