Although Dr. Hans Wieland – grandson of the company's founder - lags behind others in public perception, his role as Wieland's long-standing technical director cannot be overestimated. Scientifically sound, he created the basis for numerous important innovations.

When Hans Wieland was born on 7 December 1893, his father Philipp Wieland – together with his brother Max – had been at the head of the company for just one year, responsible mainly for technical matters. Hans also followed in these footsteps, immediately after graduating from high school he completed a one-year technical internship at the Ulm and Vöhringen plants.

His professional career was interrupted in 1914 by the outbreak of the First World War, which he witnessed from the first to the last day of his artillery service on various fronts, finishing as a lieutenant. In 1919 he began to study chemistry in Munich, which he continued in Breslau from 1921 and extended to include metallurgy – a strong indication that Hans Wieland recognized the importance of scientific metallurgy for the company even then. It fits that he worked as a scientific assistant at the Metallurgical Institute of the University of Applied Sciences in Wroclaw between 1923 and 1925 and that he completed his studies with a doctorate.

Dr. Hans Wieland gained practical experience during a two-year stay as a working student in the USA, where he learned about the latest technologies. Ideally prepared for his future tasks, he joined the company in 1927 – like his father, he was responsible for all technical matters. And in the following decades he succeeded excellently in making scientific and academic knowledge available for the production processes at Wieland. It is no coincidence that he continued to expand the testing and research institute and made it a major factor in Wieland's success.

A member of the Executive Board since 1936, he achieved, for example, decisive advances in the processing of light metals, and in the 1950s he played a key role in the introduction of the ASARCO casting process with furnace-dependent mould.

How important Dr. Hans Wieland was for the company even beyond technical issues became clear after the Second World War: In a bureaucratic tour de force over many years, he fought so vehemently against the dismantling of machines that he was even accused of high treason.

Until the age of 79, he was responsible for the technical management of Wieland as a member of the Executive Board, then he moved to the Supervisory Board in 1972. Dr. Hans Wieland died in 1991 at the age of 97. 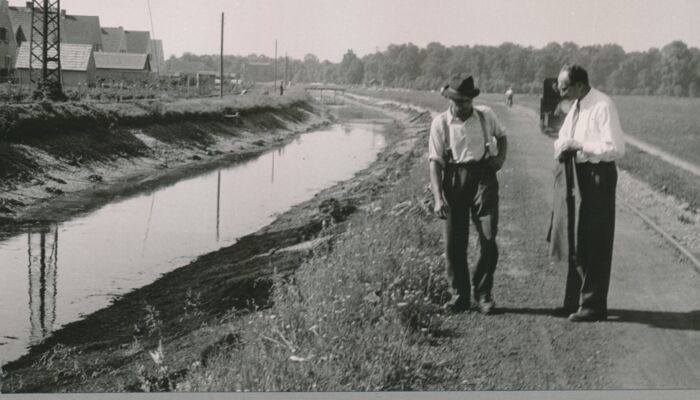 The fact that Dr. Hans Wieland took meticulous care of every detail – as here during cleaning work on the Voehringen canal in 1952 – was typical of the respected metallurgist. 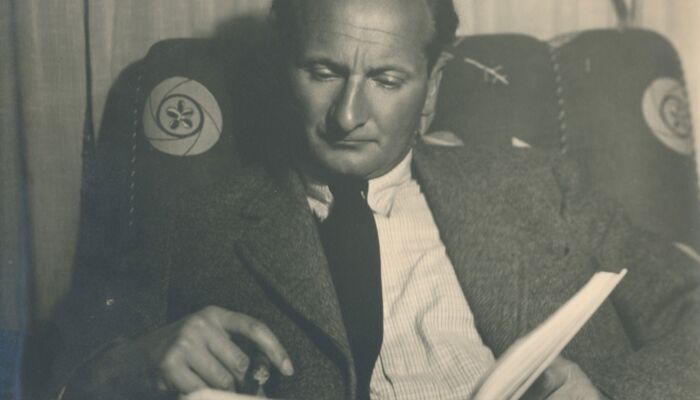 On the occasion of his 65th birthday, the press quite rightly described Dr. Hans Wieland as the type of "technical scientist who is not one for noisy activity".