"I will make any casting of metal and brass upon request." With this self-confident and customer-oriented statement Philipp Jakob Wieland, art and bell founder, announced the opening of his business in the local paper "Ulmisches Intelligenzblatt" on 19 October 1820.

The 27-year-old founder thus made it clear from the outset where his priorities were: in fulfilling customer wishes, no matter how special they may be. The broad product range also served this goal. In addition to many other products, he offered fire extinguishers, water pipes, beer pumps, valves, irons, mortars, bearings, lights and, of course, bells.

The versatile range distinguished the young entrepreneur from his predecessor Thomas Frauenlob. This former teacher and uncle of Philipp Jakob Wieland had taken over the bell foundry situated in the Rosengasse in Ulm and dating back to the 17th century after the death of his father in 1781. At that time, the craft business was still owned by the imperial city of Ulm as a "public bell foundry". It was not until 1805 that he, meanwhile chairman of the guild "Ehrbare Schmidzunft", acquired the business "including the public tools of the trade" for 3000 guilders.

Less enterprising and innovative than his later successor, Frauenlob repeatedly got into financial difficulties. This might be the reason why he sold the company to his brother-in-law Jakob Wieland in 1809 who was a wealthy pub landlord - and father of Philipp Jakob Wieland. The son underwent an apprenticeship at his uncle's and was given the bell foundry as a confirmation present! Frauenlob continued to borrow money from his brother-in-law on several further occasions, who complained in a letter to his son Philipp Jakob in 1820: "For 10 - 12 years I have advanced our Frauenlob up to 1800,- guilders ... which he has borrowed and cannot repay, I must not ... drop the credit for the foundry because of you, otherwise everything is lost.".

The loans to Frauenlob plus his liabilities to other creditors were valued at 6400 guilders in August 1820. The parties agreed on the current value of the business to be just that amount – and so it was transferred to Philipp Jakob Wieland by his assumption of all debts.

He immediately set about doing everything differently from his hapless uncle. This did not only include the casting of particu­larly artistic bells, but above all the expansion of the product portfolios as well as his lively innovation activity, leading to the first patent for a fire extinguisher already in 1822. 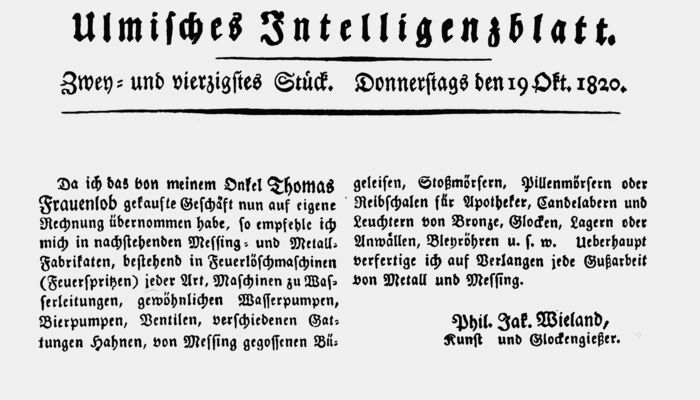 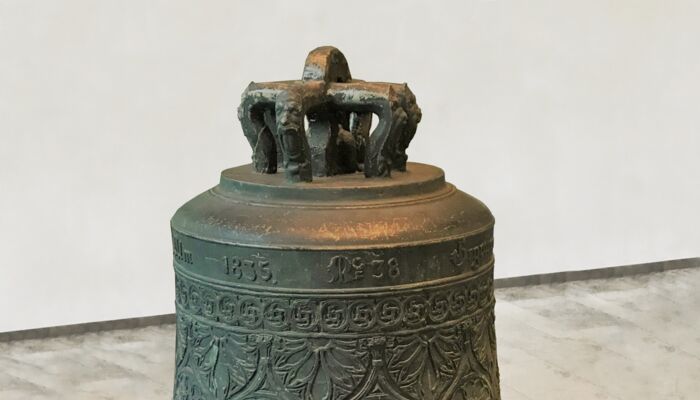 Philipp Jakob Wieland gave an impressive example of his skills in 1835 with the bell for the church in Machtolsheim. Today, the bell can be admired in the Wieland administration building in Ulm. 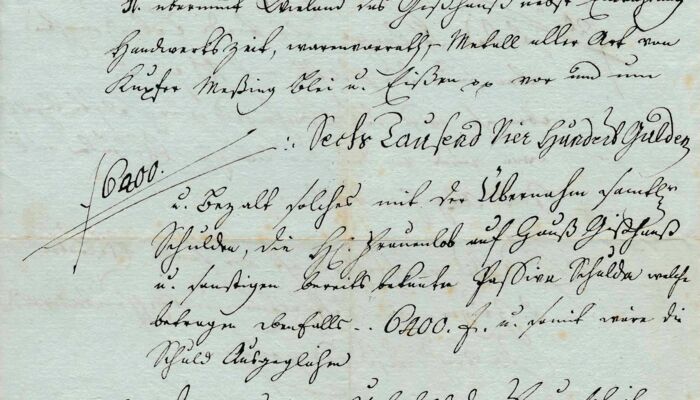 Black on white: Wieland acquires his uncle's bell foundry - officially recorded only in 1822 - „by assuming all debts, thus the debt would be balanced“. 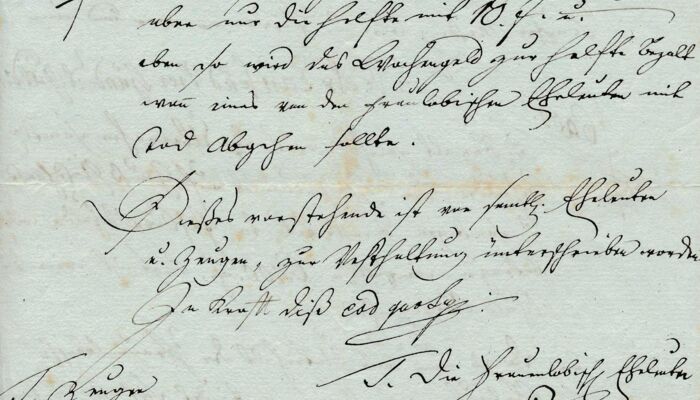