Technology instead of muscle power: the Vöhringen works railway

Innovations replaced the good old horse and cart from 1903

Until the beginning of the 20th century, all transports at the Vöhringen plant were handled by horsepower. Then a narrow-gauge factory railway was built, which was later supplemented by a standard gauge railway with connection to the railway network. Today, the narrow-gauge railway no longer plays a role in internal works transport.

For a long time, transports from the Vöhringen plant to the railway station were handled by horse-drawn carts. And in the plant itself, it was mainly human muscles and sweat that ensured the transport of materials and products on specially laid roller tracks. In 1893, the municipal administration allowed Wieland to install this narrow-gauge railway also between the plant and the railway station and to operate it with draught horses. This admittedly only under the condition that "traffic on the main road is not hindered or obstructed" and that "the track is laid so low that the same can be driven over at any point".

Almost ten years later, the horse-drawn railroad could no longer deal with the constantly increasing transport volumes. Around 16 tons of goods had to be brought to the station every day. Wieland therefore applied for permission to operate the railway as before "while retaining the existing track structure, instead of using horses with a petrol engine". Because there was "not the slightest intolerance or nuisance" with the horse-drawn railway, the application was approved at the end of 1902. However, this was done under strict conditions, which were checked and resulted in requests for improvements. In January 1904, for example, Wieland had to confirm in writing to the Royal Railway Operations Directorate in Kempten that now "a sign was placed opposite the driver's cab indicating the maximum permissible speed of the locomotive at 6 kilometres per hour". With the addition: "We have also ordered our driver, under threat of punishment, to drive only at this speed".

The railway was initially operated – now also within the plant - by a gasoline locomotive from the Deutz gas engine works. The electric locomotives purchased from 1908 onwards were ahead of their time, with battery drive, which even then caused problems with long charging times and high battery weight. This was in contrast to the "fireless locomotive" of 1914, whose boiler was pressurized with generated steam. 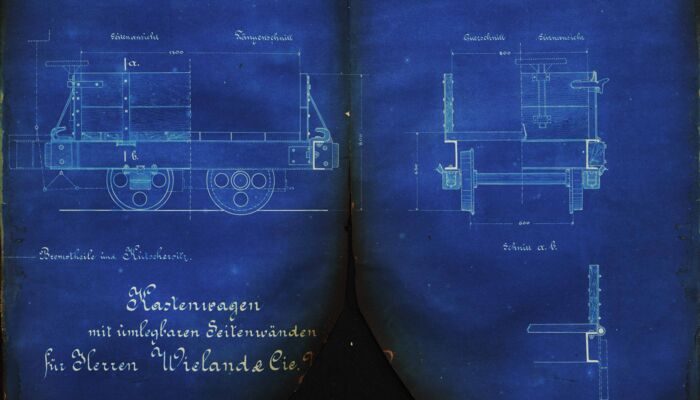 The blueprint from 1898 shows a "panel wagon with folding side walls". It was to be used on the factory's own narrow-gauge railway with a gauge of 60 centimetres.
(Copyright Staatsarchiv Augsburg: BA Illertissen/2450) 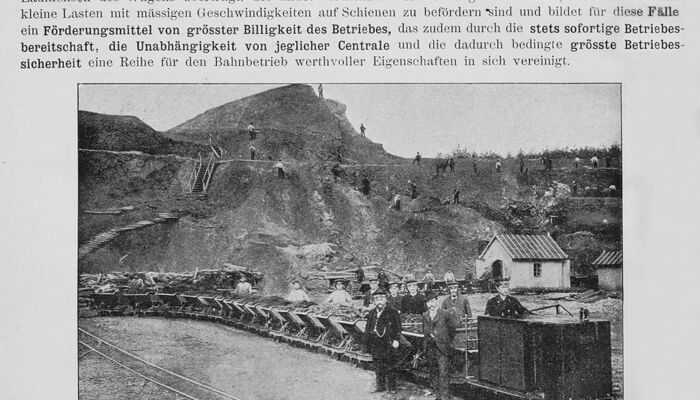 Deutz catalogue from 1900, in which it was emphasised that the petrol engine produced fewer pollutants than a horse with similar performance, "carbon oxide" was "no longer present" in the exhaust gas!
(Copyright Staatsarchiv Augsburg: BA Illertissen/2450) 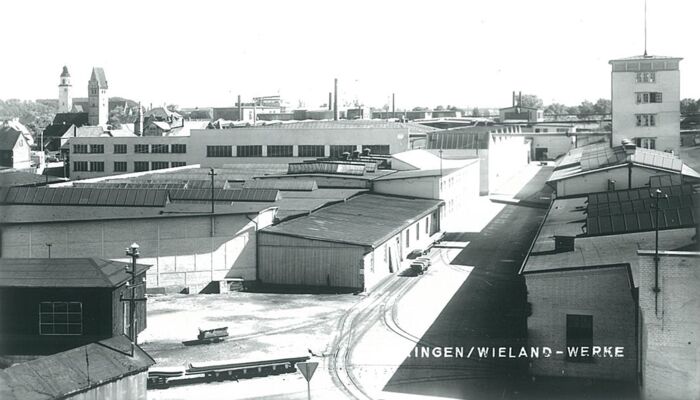 The undated photograph shows the coexistence of narrow-gauge and normal rail track. While the former has long since been obsolete, the normal rail network at the plant today covers more than 3.5 kilometers.