Wieland copper tubes for the central railway station in Minsk

During the fundamental modernisation and redesign of Minsk's central station, cuprotherm tubes from Wieland were used in a floor heating system for the architecturally sophisticated entrance hall with its huge glass dome.

The Minsk-Passashyrsky, the central railway station in the Belarusian capital Minsk, has a long and eventful history. It was built in the 19th century, but was completely destroyed in the Second World War. In its place, a new building was constructed in the post-war period in the then typical Soviet architecture. Half a century later, however, the station no longer met the requirements of the time in technical, functional and architectural terms.

For this reason, the building was extensively modernised between 1998 and 2000. The most striking innovation was a three-storey counter hall, which was supplied with daylight via a glass dome construction and welcomes travellers with a bright, friendly and spacious ambience.

The underfloor heating for the large counter hall posed a challenge: It should generate sufficient radiant heat without creating heat cushions under the domed ceiling. And it should be as durable as energy efficient. These were criteria which lead the client and the planners to decide in favour of underfloor heating with the cuprotherm system from Wieland.

More than 40,000 running metres of copper tubes in the 14 by 0.8 millimetre format were supplied by Wieland to the heating contractor in Minsk who laid them on a total area of around 2,900 square metres spread over three storeys. With its 432 cooling circuits, the underfloor heating system covers a heat requirement of almost 300,000 watts, which is two thirds of the total heat requirement.

When travellers enter the Minsk Passashyrsky today, which is an important junction in international rail traffic, then Wieland also plays an important part in ensuring that they are welcomed in the central entrance hall with a modern, spacious and well-tempered atmosphere. 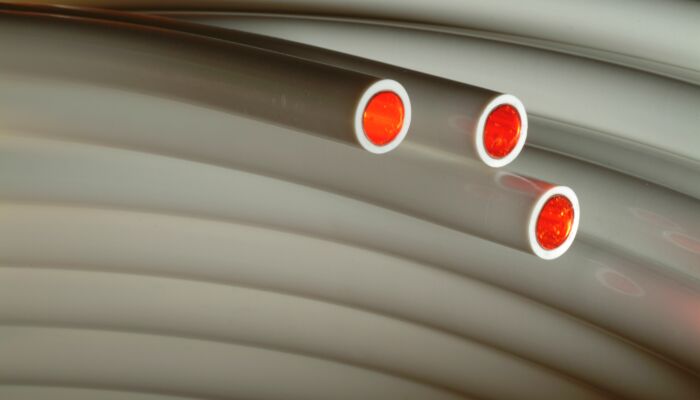