Eventful history of a small, but fine specialist

Founded in 1911 as Messingwerk Schwarzwald GmbH, the company initially supplied mainly the Black Forest clockmaker industry. After an eventful history, Wieland first became a shareholder, then sole owner. Since 2001 the company has been fully integrated into Wieland-Werke AG.

It was the then flourishing Black Forest clock industry that prompted the Rhineland manufacturers Max von Asten and Robert Lynen to found Messingwerk Schwarzwald GmbH in Villingen in 1911. According to the commercial register, the object of the company was "the production and sale of brass and copper products of all kinds, such as sheet metal, continuous coils, strips, etc.". The First World War, in which brass was mainly used for ammunition production, brought the young company into difficulties, so that the Gebrüder Junghans AG acquired all shares in 1917, thus securing the supply of semi-finished products for its own clock production.

During the economic crisis at the end of the 1920s, the company was once again in the red. Philipp and Max Wieland saved the company from bankruptcy in 1931 by purchasing 90 % of the shares. Siegfried Junghans retained 10% and - alongside Karl Eychmüller - a seat on the board of directors of the company, which had been converted into a stock corporation. The reason for this commitment was a special casting process developed by Junghans which, after a few improvements, became known far beyond the Black Forest as the "Wieland-Junghans process".

After the beginning of the 2nd World War, production in Villingen – one of many – suffered from copper shortages. Just like at Wieland-Werke AG (Ulm and Vöhringen), there was a partial shift to aluminium alloys which led to a change of name in 1941: the brass works became Metallwerke (metal works) Schwarzwald AG.

In the post-war decades, the company succeeded in developing from a former local supplier to the clockmaking industry into a globally active supplier of precision rolled products made of copper and copper alloys. The most important customers were the electrical industry and automotive suppliers. In 1969, Wieland acquired the remaining company shares and in 2001 – 90 years after its foundation – Metallwerke Schwarzwald was legally and organizationally merged with Wieland-Werke AG.

Today, the Villingen site is an important manufacturing location. On modern rolling mills for copper and copper alloys, close to 300 employees produce about 50,000 tonnes of rolled products per annum. 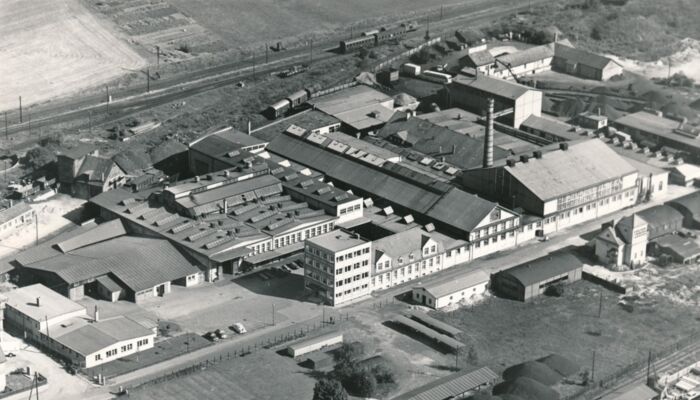 The factory site in 1954: The then new office building in the middle of the picture still exists today, but the open spaces in the foreground have long since been covered with factory buildings. 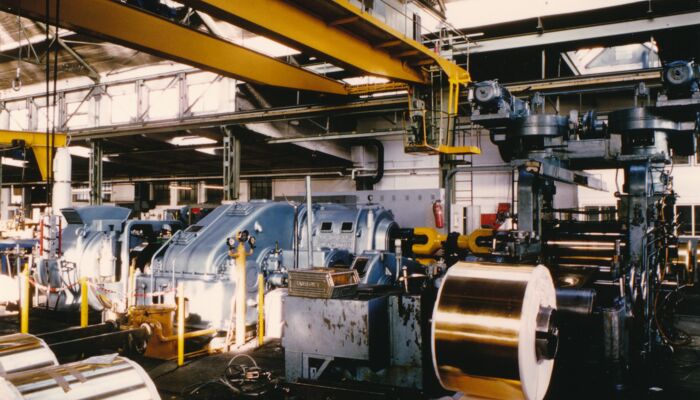 Hot job at the melting furnace (1972) – one of the last photos before the foundry in Villingen was closed.