When working under water will become comfortable

The tasks in the air and on land are becoming more complex. But new innovations are also being thought of and implemented under water. In the years after 2030, these requirements will give rise to the first designs of pressure suits for divers with supplementary technology for movement, air conditioning and oxygen consumption.

By 2040, the oceans and, above all, the seabed will be more strongly integrated into the sustainable use of energy. Not only the energy generation from subsea geothermal installations, which have to be built and maintained, but also the use of methane hydrate, a unique energy source from the seabed, will require longer and safer dives.

In 2040, divers will use so-called Exo pressure suits to work safely at great depths and over a longer period of time. The pressure suits will be equipped with integrated biomechanical exoskeletons. In addition, an extremely robust body made of nanomaterials will protect the diver from very high pressure.

Special metal alloys that are resistant to sea water or aggressive substances will be used in many places in the Exo pressure suit. The mechanical skeleton will support the movement and locomotion of the divers and conserve their strength many times over. These countless motors, servo motors, sensors and control computers will consume electrical energy during the dive, which cannot, however, be supplied via battery cells. To generate energy for the operation of the Exo pressure suit, the surrounding salt water will be used as a "large battery". Mini saltwater generators are integrated into the suit to continuously supply electrical energy. A network of wafer-thin copper tracks embedded in the surface of the pressure suit continuously measure interior climate and environmental values such as salt water content, temperature and flow behaviour, while simultaneously optimizing the interior climate and the locomotion. In total, more than 3.5 kilometres of copper tracks will be installed in the Exo pressure suit with integrated flow nozzles for locomotion. 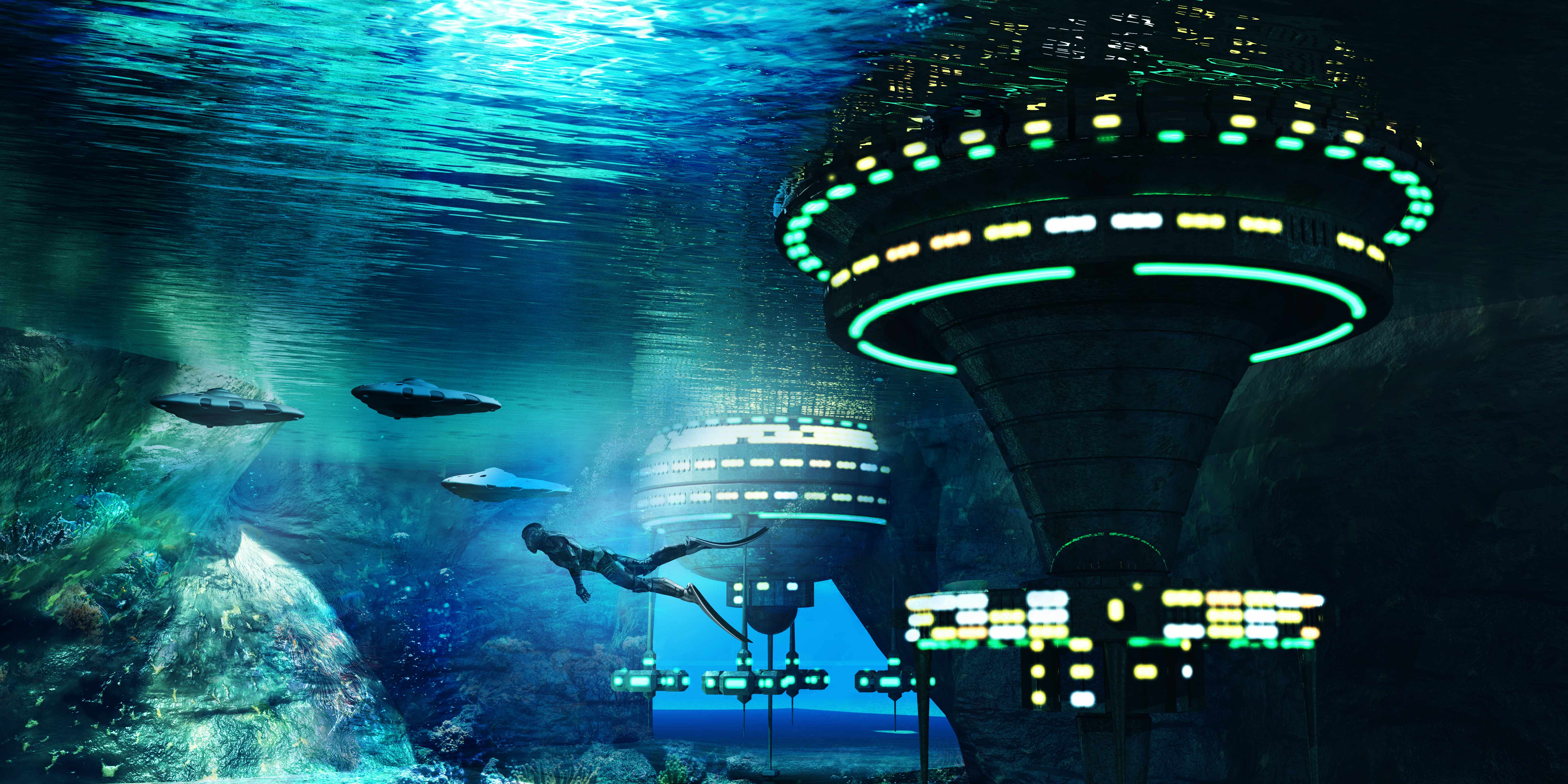