From niche product to sales hit

When Wieland entered the production of tubes in the middle of the 19th century, the demand was still manageable. Only increasing industrialisation and new tube drawing technologies made tube production a prosperous sector with a wide range of applications and products.

Not only technical challenges restricted the tube production program considerably in the beginning. It was the lack of demand that slowed down notable innovations and production volumes in the first decades. Thus it was primarily Wieland that created demand. The product range in the middle of the 19th century comprised numerous items made from tubes produced in-house: chandeliers, lamps, pumps and much more. In 1848, for example, only a few semi-finished products were offered to industrial customers: so-called fountain boots made of soldered sheet brass, hand-tubes for watchmakers, drawn brass tubes for optical purposes and soldered tubes for lamp manufacturers.

Completely new applications for tubes were created by the general industrialisation and modernisation that was taking place in Germany. In Ulm, the dawning of a new age characterised by a great deal of technology was expressed, among other things, by the introduction of gas lighting in 1857/58. As early as 1863, Wieland offered soldered "gas tubes" with a length of up to 2.7 metres, including the necessary fittings and mounting flanges, thus entering a business segment which still plays an important role today.

Typical for the time, these tubes were also available coiled or fluted, i.e. with ornamental embossing, for design reasons. In Paris, Philipp Jakob Wieland acquired a machine specifically for the production of the coiled tubes. Particularly impressively designed tubes were, however, not used for gas pipes, but for altar chandeliers.

As a result of the growing demand, not only the variety of products but also their price increased. As early as 1881 Wieland offered tubes in countless wall thicknesses and widths, and this in brass and gold brass. A decade later, the product range extended from one millimetre thin, seamless brass tubes with a wall thickness of just 0.1 millimetre to precision & optical tubes with a diameter of up to 370 millimetres.

In the following decades, cooker rods and curtain rods made of bimetallic tubes with iron inlays also gained great importance. When their star sank at the end of the 1920s, a new one had long since risen: Tubes for condensers and heat exchangers, but also for ship suppliers and machine builders established a new, promising business area. 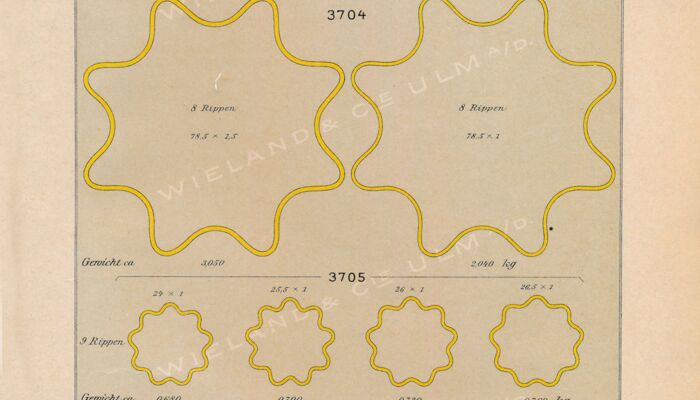 As early as 1900, Wieland was producing tubes with a wide range of cross-sections, diameters and wall thicknesses. These finned tubes were early forerunners of later condenser tubes. 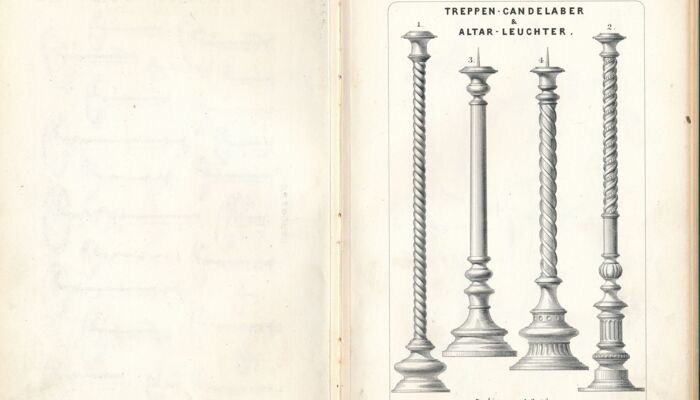 For a long time, tubes were processed into lamps and candelabras. These coiled tubes with embossed decorations corresponded with the style of the late 19th century. 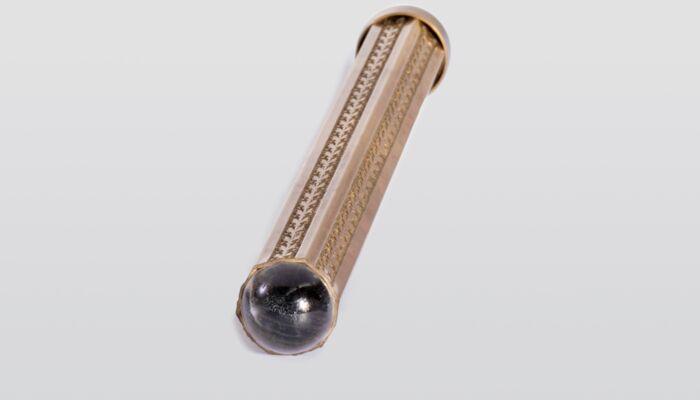 It's a good thing somebody turned that fluted tube into a kaleidoscope. Even today, it still makes the filigree decorations that were embossed after the tube had been drawn a tactile experience. 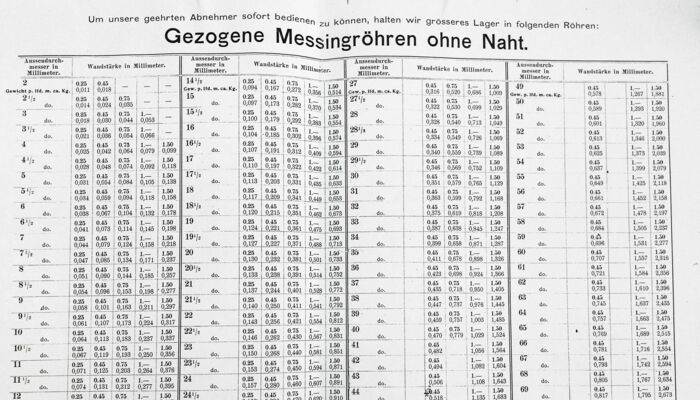 The excerpt from a price list from 1902 gives an impression of the diversity of Wieland's product range. At this time, seamlessly drawn tubes became increasingly important.