Necessity is the mother of invention

In the first years after World War II, everything was in short supply. Therefore, the company shifted its focus to producing from the available raw materials what people needed most: everyday necessities.

In the final months before the end of the war, production at the Ulm plant came to an almost complete standstill after the devastating bomb raid of 17 December 1944. The plant in Vöhringen was also severely affected by fighting at the end of April 1945. Accordingly, the annual report for the year 1945 painted a gloomy picture: "The year under review [...] has been the most difficult and saddest in the history of the Wieland company", which is why "the Ulm plant did not really get started until late summer 1945. And the Vöhringen plant was barely able to perform productively from mid-April to late autumn 1945. Accordingly, the annual turnover was only a fraction of the previous annual turnovers".

But the problems stem not only from the badly damaged production halls or lack of manpower. The supply of copper and other non-ferrous metals was already severely limited during the war, which also strengthened aluminium production - for the aviation industry. After the war, the supply of materials came to an almost complete standstill. And there were simply no customers for the typical semi-finished products from Wieland.

But what was urgently needed were everyday objects: pots, household utensils, bedsteads and much more. Wieland made a virtue out of necessity: For the production of such products in manageable quantities, there was sufficient remaining stock of materials, especially aluminium. And so, as early as in May 1945, the first 71 post-war employees started production: ashtrays, bedsteads, door fittings, coal buckets, cutlery, even small electric storage units. A total of about two dozen different products, including aluminium cooking pots, one of which has survived to this day in the Wieland archive.

Some of the products also went directly to the employees as a welcome "payment in kind". In 1946, no less than 5,700 kitchen appliances were given as a "Christmas bonus"! Even an assembly line production was set up - but shortly afterwards the currency reform and the introduction of the D-Mark in June 1948 put an abrupt end to the unusual product portfolio: the production of kitchen and household appliances was discontinued again in 1949. It remains an episode - and testimony to an extraordinary time. 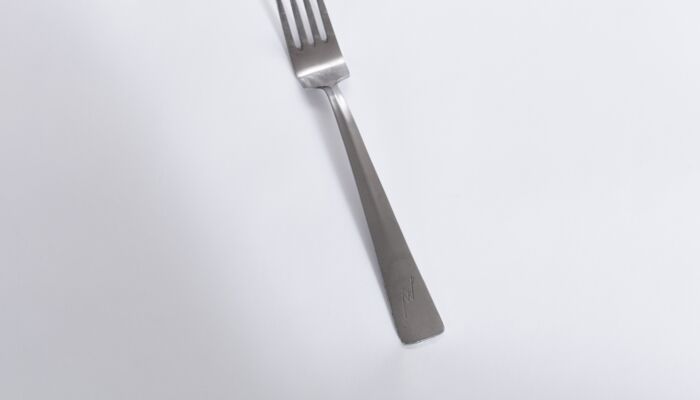 Aluminium cutlery was already part of the Wieland product range during the war and continued to find buyers after 1945. 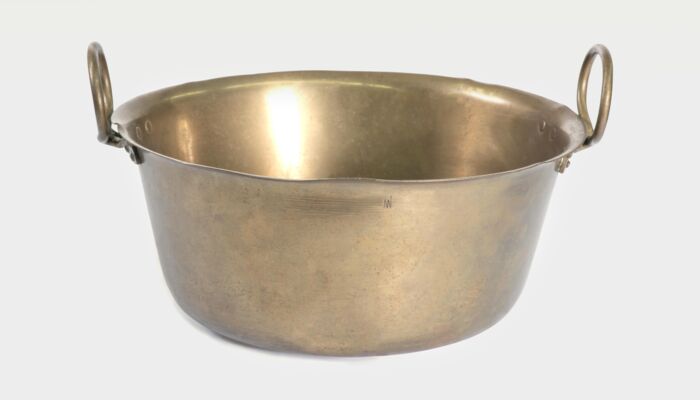 As before the war, household objects such as this jam pot were also made from brass scrap and remaining stock.